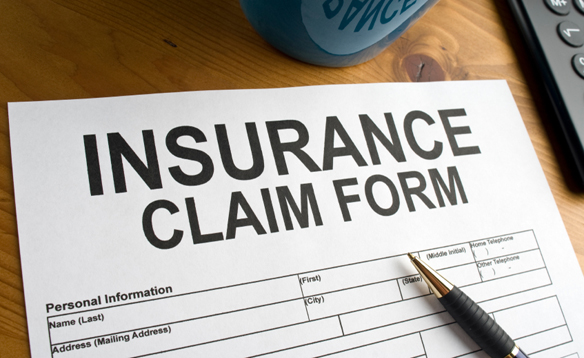 Major disasters like hurricanes offer Independent or CAT Adjusters the opportunity to earn a six figure income in just five or six months. Consequently, these types of claims and events are their main focus. But there is good money to be made in other claim categories . . .

There are four primary types of claims:

1) CAT Claims are the result of catastrophic events like earthquakes, fires, floods, tornados and hurricanes. The laws governing insurance companies in these disasters are very strict. An adjuster must be provided to an insured in a set time frame. The penalties for noncompliance can be in the millions of dollars. Since there are never enough Staff Adjusters to meet the legal time constraints, CAT firms (also known as IA firms) are contracted to fill the gap. Many times the CAT Adjusters are required to deploy within a couple hours of receiving a call.

The work is intense! You work virtually non-stop until you have completed all the claims assigned to you. This means arriving at your first appointment at 8:00am and working till 7:00 or 8:00pm, then spending the rest of the evening finishing and submitting your claims via Xactimate. Long hours are a given, unfortunately there are countless other challenges to further test your fortitude; such as, road outages, downed cell towers, full hotels, power outages, no wifi connections, inclement weather, software problems, abusive homeowners, language barriers, etc. Plus, you are away from friends and family for extended periods of time. Few have the determination and tenacity for this type of hardship, and that is why extreme incomes are necessary to entice adjusters to endure the rigors of this profession.

Hurricanes – Since 1966 there average has been an average of 8 named storms a year, with 4 becoming hurricanes. And out of those, one becoming a category 3 storm or higher.

Statistics since 1950 for named storms;

Tornados – Although tornados can occur anywhere, the vast majority of them happen in the United States, four times more than any other country, an average of 1,200 per year, and almost always limited to the area known as tornado alley.

Floods – Normally you need to have 4 years experience before you qualify to get a flood license.

2) Hail Claims are a walk in the park compared to most CAT claims. Being away from home and long hours are about the only difficulties these two types of claims share. Hail damage rarely has the same intense structural urgency as is typical in CAT claims. Few roofs leak from your average hail storm, so homeowners are more relaxed. And you rarely deal with the extreme obstacles associated with CAT claims, so consequently the pay reflects these more tolerable assignments.

There are more hail events than CAT events, so income from these storms provide the cash flow to keep you going. There is a saying in the industry… “Hail pays the bills, and Hurricanes buy the toys! “

3) Clean-up Claims are the third type. These claims arise out of an insured’s dissatisfaction with a previous adjustment. Either the insured’s claim was denied or they think the claim settlement was unfair. Sometimes additional damages are discovered or were overlooked. In a CAT event, the first adjuster has often times finished their claims and have been redeployed. Whatever the reason, a second adjuster is assigned the case.

4) The fourth types of claims are known as Day Claims. These are the claims that arise out of daily mishaps, like slip and fall accidents, work related injuries, kitchen fires, broken water pipes, car wrecks, vandalism, etc. You may not think that this is something an Independent adjuster would ever get called for, but you would be wrong! The same statutory regulations that dictate the procedural manor in which insurance companies operate in a hurricane, also apply to these more mundane claims. For various reasons, the workload for Staff Adjusters will often surpasses their ability to meet these demands, and independent adjusters are then called upon.

Some independent adjusters prefer this type of work. They meet with all the different insurance companies in town and let them know they are available. Being independent has advantages over a salaried position, but there is more “security” being a staff adjuster. Whether you want to work day claims as an independent adjuster or as a staff adjuster, this is where an impressive resume is especially of value. Having a Texas adjuster license shows them that you have more than adequate adjuster training and they can be confident in your expertise. Having the All-Lines Adjuster License lets them know you can work any claim.

So you have a variety of claims that you can work. As things in your life change, you can redirect your efforts to accommodate different needs. And as you gain experience your reputation will allow more latitude in what claims you want to work, whereas in the beginning you better take any and all claims you are offered!

.
If you are ready for a new career as an
Insurance Claims Adjuster,
Click…  GET STARTED!

Getting Started as an Adjuster